About the Capital Improvement Program

The Capital Improvement Program (CIP) forecasts the City’s capital needs over a six-year period based on various City long-range plans, goals. and policies.

The primary goals of the CIP are to: 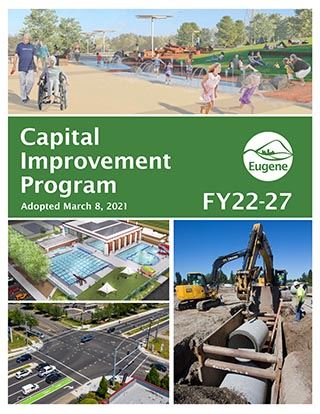 View Current and Past CIP Documents

Capital projects are often large-scale in terms of cost, size, and benefit to the community. The purpose of the CIP is to plan for land purchases, construction, and the preserving of public sites; ones that are needed to safely and efficiently provide city services. A critical element of the CIP is to ensure that we can afford to enhance existing facilities and provide new assets that will help to meet existing needs and accommodate future community growth.

The CIP provides a six-year funding plan for the City’s capital improvements, including projects from transportation, airport, public buildings, parks and open space, stormwater and wastewater.

Typically, creating the Capital Improvement Program is a nine-month process, which begins in August of even-numbered years and ends the following spring. After the CIP is adopted by the City Council, the projects scheduled for the first year will become the basis for preparation of that year's capital budget. The capital budget is submitted to the Budget Committee in the spring of each year and adopted by the City Council in June.

Projects in the second fiscal year of the CIP become the basis of the subsequent fiscal year’s capital budget. At the time the budget is adopted, any changes to project timing or funding adopted in the capital budget process, or by supplemental budget action, are considered to be amendments to the CIP.